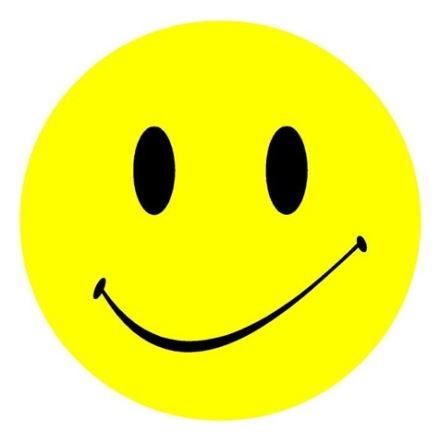 I don’t write reviews. I don’t begrudge other authors that right, but I choose not to for a wide variety of reasons. What I do, however, is pick a top ten list each year and to those books I give five stars at Goodreads

This year my top ten in the chronological order that I read them with a brief blurb about what I loved:

What a creepy post-apocalyptic world Alex created. A virus dubbed White Horse has decimated most of the population and those it hasn’t killed, it has mutated into horrific beings. Sounds like a lot of post-apocalyptic stories doesn’t it? The protagonist was what made this one a win for me–she is pregnant on a journey to reunite with the baby’s father. That and the “Before” and “After” storytelling method used.

Want is about forbidden love between a piano prodigy and her much older instructor. Both characters are horribly flawed and the narrator/protagonist is merely a teenager with a history of abuse and neglect. As much as Stephanie made you seethe with anger at Isaac, the nearly thirty piano instructor, he was sinfully charismatic, too. Want is from the New Adult age group of books of which I am a big fan.

4. Theory of Attraction by Delphina Dryden

5. About Last Night by Ruthie Knox

This was a perfect balance of completely amazing writing skill (filled with the right amount of humor and lovely word arrangements) and captivating plot. A buttoned-up Brit falls for a seemingly carefree American. OK, sort of a good boy / bad girl vibe…but only at first. What I loved about the characters was that while they appeared to be polar opposites on the outside on the inside they were kindred spirits.

Another one about a damaged hero (see Theory of Attraction) that I adored. I am a newcomer to the Charlotte Stein fan party but I’m ready to dance on the table. Nobody does first person as thoroughly and exhaustively deep as Charlotte.

7. Bared to You by Sylvia Day

I picked this up for free on my cruise ship this summer and decided to read it to see what all the fuss was about. As far as controlling billionaire stories go, this one ranks up there. The heroine is, if possible, even more flawed than the hero–shades of Wuthering Heights and Liz Taylor / Richard Burton in terms of tempestuous can’t live with him/her, can’t live without him/her.

8. What I Did for a Duke by Julie Ann Long

The most beautiful and drool-worthy period writer I discovered this year thanks to Dear Author and Goodreads (who are breaking my bank with all their excellent recommendations). A hero with an axe to grind chooses an innocent as his victim to do the most comparable harm to the man who cuckholded him…only the heroine is not at all what he expects. I loved watching the hero’s anger and thirst for revenge slowly dry up and turn into a different sort of hunger. Sigh.

9. The Sea of Tranquility by Katja Millay

A fantastic debut YA novel that was initially self-published. That underdog start captivated me at first. The hero, Josh picked up and ran away with the rest. I love two wounded souls finding their salve in each other. This also has the best final sentence of any book I think I have ever read, a sentence that those who skip to the end to read will never understand or appreciate without having read all the sentences that precede it.

10. Ravishing the Heiress by Sherry Thomas

I almost didn’t choose this one because one theme–the hero’s eight years of taking mistresses during his platonic marriage to the heroine–disturbed me greatly. But, allowing that both parties to that marriage agreed to it at the inception, I looked past it because I don’t think I have ever shed as many tears over a book as I did reading this one. Ever! I’m still a little pissed at the hero, but my empathy for the heroine makes up for it.

Alas with only ten to choose, I had some very close also-rans of:

Thanks also to those wonderful reviewers who took a chance and read my debut novel and even extended a helping hand to a new author (as well as to my alter ego, Lila Shaw, who also debuted this year):  Tasmanian Jill from Goodreads, Julie Ramsey, Erzabet’s Enchantments, Ursula, The To Be Read Pile, Book Wenches, You Gotta Read Reviews, Jeanz Reviews, Jennifer Eaton, Jeep Diva, Guilty Indulgence, Never Ending Stories, Terri Rochenski, R Brennan…and so many other individual reviewers.

Huge, huge, huge thanks to my publishers:  J Taylor Publishing and Evernight Publishing who have been amazingly supportive.

Lastly, thank YOU to all my readers who read my books or visited my blogs, whether you left comments or reviews or not. I appreciate any time you gave me. Truly.