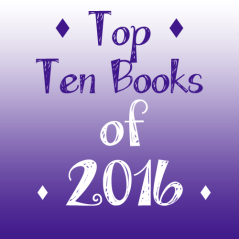 Given it’s doubtful I’ll finish any more books before the year ends (especially since I’ve been on eaglet watch for days), I’m going to go ahead and list my top 10 books read this year.

I set my goal at 80 books originally, but my day job had other ideas and with 10 hours being the average daily routine, I was often too tired to read. However, I buckled down at the end of the year while on holiday (when not watching baby eagles in Florida hatching) and managed to achieve my revised goal of 70 books. Here were my top ten in the order that I read them. The choice was difficult and I did swap a few out before I was done. Apologies to the authors for removals.

1. 50 Years of Silence by Jan Ruff-O’Herne (non-fiction)
2. The Butterfly Garden by Dot Hutchinson (suspense)
3. The Seventh by S.D. Wasley (YA paranormal)
4. The Girl on the Train by Paula Hawkins (suspense)
5. Everything We Keep by Kerry Lonsdale (suspense)
6. Some Like it Charming by Megan Bryce (contemp romance)
7. Fire and Midnight by Sandra Renee Appet (contemp romance)
8. In the Land of Gold by Christina Angela Archer (western romance)
9. The Gender Secret by Bella Forrest (YA dystopian)
10. To Tempt the Saint by Megan Bryce (historical romance)

Biggest surprise? Two books by Megan Bryce made the list, an author I don’t think I’d ever heard of before. Both were Book Bub freebees and novella length, which I tended to concentrate on to make up some ground goal-wise toward the end. Loved both because of their nice blend of sentimentality and strong heroine characters and witty lines. I’ll be reading more from this author in the future.

I discovered what the fuss about Bella Forrest was about, the Amazon exclusive YA author of A Shade of Vampire and the Gender Games series, both of which I started and enjoyed. I eagerly await the 3rd Gender Games book as my first book of 2017.

Fire and Midnight by my sista from another mista, Sandra Renee Appet (aka Sandra Bunino) made the list because it was that good and I am super proud of her. I hope you’ll read it too.

Historical westerns, mail order brides and Christmas novellas were go-to favorites for  a good chunk of the year. In the Land of Gold was the sole one of this group to make the list because it was an awesome blend of romance and adventure.

Some favorites in the mix that didn’t make the top 10 but are worthy of mention: The Paladins by Julie Reece, Stiff Competition by Annalise Ryan, Lying Out Loud by Kody Keplinger, Raven Boys by Maggie Stiefvater, A Game of Thrones by George R.R. Martin, and A Court of Roses and Thorns by Sarah J. Maas.

I finished up the Under the Never Sky series by Veronica Roth–adored this series even if none of the two books I read in 2016 make my top 10 list. They easily could have. The first in the series made my top ten in 2015, so that will have to suffice.

Onward to 2017… I have a couple of books that have been in Currently Reading status for a while. Hopefully I can buckle down and finish them up soon. I hate DNF’s and books that stall out. The latter group has yielded some awesome reads like The Time Traveler’s Wife when I’ve finally finished them up. Til next year’s post…

Claire has read 85 books toward her goal of 80 books.
hide

Every year I set a goal at Goodreads where I log and track my books read. I don’t review or rate books EXCEPT for my annual top ten reads. Here are 2014’s top ten with a few thoughts about what I loved about each one, in reverse order of completion.

Whatever It Takes by Cat Kelly

I’m a fan of this author, more for her historical writings under different pen names, but always for her wit and compelling characters. I can’t say the plot of this story was terribly memorable…mostly because I don’t remember it that well barely two months after finishing it. I do know that it was a favorite because it was full of the writing I’ve come to love from this author.

I met Jane Porter’s writing this year. I liked Jane Porter. I will read more Jane Porter. Though a Christmas story read in the summer as a Kindle Prime loaner, this low risk reading investment paid off in spades. An easy writing style, crisply drawn characters who can tug at your heart won me over.

The Lunar Chronicles just get better and better. As much as I loved Cinder, Scarlet raised the bar even higher. The world building is fantastic. The loosely drawn associations with popular fairy tales adds a tongue in cheek delight. This book’s heroine a bit more of a badass than a pitiful princess like Cinder, but lovely tie ins to its predecessor and the hint of a nice romance made it a winner with me. I’m ready for Cress now!

This is a relatively unknown science fiction gem by an author friend of mine. I emailed her after I finished beta reading, raving about it. My friends know that I don’t usually rave. I’m hyper-critical, which is one reason why I don’t review. But this…this novella was amazing. What really hurts however, is not long after it was released, the publisher closed shop and Ghosttown was effectively unpublished. I hope my good friend, Kathryn, will find a way to put it back out there so more people will have a shot at reading this lovely story.

On the Jellicoe Road by Melina Marchetta

Jellicoe Road is one of those books you never seem to be able to forget. I often reflect on this story pondering a long series of “what-ifs”. There are some gut-wrenching and tragic twists of fate in this book about two groups of friends in two different generations.

Beyond Repair by Charlotte Stein

I adore 99.9% of everything I read of Charlotte Stein’s. She’s got this stream of consciousness style of writing that is so incisive and so dead on accurate in describing thoughts, emotions, sensations, it’s truly a gift. She’s not everyone’s cuppa, but she certainly is mine. I adore introspective damaged heroines who are trying to figure out the equally damaged men in their lives and how together they might just be the cure the other needs.

Another excellent book by a good writer friend. I’ve long been a fan of Dale’s darker writings–he’s a true horror writer and a talented one–for many years since our monthly blog chain exercises together. This monster-free, lovely Christmas tale has the makings of a classic. My only gripe is how difficult it is to get a copy if you aren’t Canadian. I was fortunate enough to be able to barter for my copy (my book for his) and I think I came out on the winning end of that swap. Dale, if you’re reading this, I hope you’ll get this into Amazon or Barnes & Noble or in digital format some day soon.

A Week to Be Wicked by Tessa Dare

Long time fan of Ms. Dare’s, this historical romance did not disappoint. I’m always a sucker for a road trip romance in which hijinks ensue and the hero and heroine ally against a common threat while slowly falling in love. You’ve read ’em before, seen the movies (The Sure Thing comes to mind) probably. This tale from that classic trope was full of Tessa’s trademark wit and fun.

Memoirs of a Gigolo Volume Four by Livia Ellis

I listed volume 4 but the review is for all the collective installments of the serial I have read so far. The more I read, the more I fall deeper under the spell of the destitute, but upper crust Oliver. You have to keep reading to really appreciate the deeper waters running through this, gently guiding you along a much larger arc. Though it’s full of sex, both M/F and M/M and all variations in between, the sex is not the story, despite Oliver’s being a prostitute. The characters, who on the surface should be reprehensible, are subtly engaging and sympathetic and memorable.

The Scorpio Races by Maggie Stiefvater

Creepy, compelling, mystical… Honestly, I had not previously read a book with water horses or kelpies in them, so I must confess to some wide-eyed wonder over the beasts. Ms. Stiefvater’s water horses are wild, man-eating creatures, almost zombie-like in their inevitability. They are pitted against man’s arrogance in dominating them once a year in a show of bravado. This is the backdrop of a how two lonely and desperate teens meet and bond. It’s Sea Biscuit with very sharp teeth, and I loved it.

So, that’s it for 2014. I’ll return in a year with another crop of ten books! Happy Reading!