With her latest release hot on the market, Aimee Laine is here to give another insight into how tricky and playful the Greek god, Zeus can be. Afterall, he is the star (of sorts) of her “Games of Zeus” series that began with Hide and Seek and now offers her latest, Silent Echoes.
So she can tell you herself, I grant the floor to Aimee:
***
Silent Echoes is a “Games of Zeus” novel but it’s not a traditional mythological conundrum. No, as the author, I’ve taken quite the liberties in creating a situation Zeus could have use to mess with we puny humans.
So, to have a little fun as Silent Echoes releases this month, my host here at Claire Gillian’s blog has challenged me to create a Game of Zeus out of Jacks!
How could Zeus use Jacks upon two unsuspecting humans? How could he manipulate a seemingly innocuous game into a maniacal, devious relationship conflict? Oh, let me count the ways … or rather, let me show you. A little history about Jacks … or knucklebones as it’s also known … from Wikipedia:

Knucklebones, or Jacks, is a game of very ancient origin, played with usually five small objects, originally the “knucklebones” (actually the astragalus: a bone in the ankle, or hock[1]) of a sheep, which are thrown up and caught in various ways. Modern knucklebones consist of six points, or knobs, proceeding from a common base, and are usually made of metal or plastic. The winner is the first player to successfully complete a prescribed series of throws, which, while of the same general character, differ widely in detail. The simplest consists in tossing up one stone, the jack, and picking up one or more from the table while it is in the air; and so on until all five stones have been picked up. Another consists in tossing up first one stone, then two, then three and so on, and catching them on the back of the hand. Different throws have received distinctive names, such as riding the elephant, peas in the pod, and horses in the stable.

Before we get to the ultimate Jacks Romance … let me tell you a little about Silent Echoes:

For years, Ian Sands has enjoyed his life as a bachelor, taking advantage of singlehood and exploring his own definition of passion—whoever she may be. Blonde. Brunette. Tall. Short. Hot. Not. Five months ago, all that changed.

Ian’s been celibate, frustrated and desperately seeking answers to why one woman, who doesn’t play by girls’ rules, haunts his every waking moment.

As a renovations specialist, Taylor Marsh lives, works and breathes construction—a profession her southern belle of a mother would rather Taylor not touch. The same goes for Ian; Mama Marsh would never approve of him.

Like Ian, though, each time he and Taylor draw near, something compels her to get closer.

Something else tells her to run away.

As much as their histories suggest they shouldn’t be together, neither Taylor nor Ian can deny the pull, and the two succumb, indulging in a relationship that brings pleasure to body, mind and soul.

Doing so, though, also ushers in a series of events both should have foreseen as well as one final outcome neither expected.

Where to get your very own copy of Silent Echoes:

Jacks
With each toss of the ball (actual, not figurative), the player (he or she) has to capture one of five pieces with six points. All five have to be gathered in order to ‘win’. If She, for example, is the player, Zeus could set it up that each of the knobs is an event. A place. Another game. A something that has to be sought, found and acquired. But, as all good games go, one of the five is always out of reach. Quite literally. Perhaps, one hurdle to the ultimate romantic life adventure with Him requires trekking to the top of Mt. Everest. Or the moon. Or Mars!
You see, Zeus isn’t going to make it easy. A hurdle isn’t put into place so that the two players can both win. No a games is about only one person winning and in a Zeus game, it’s not supposed to be possible that both do. However, we all know love can overcome all (if it’s true and real).
But will it be? Is She going after the right He? Is He playing the game for the right She? You see, in this case, Zeus would very likely force each player to get nearly to the end such that the only solution is breaking up and starting over.
Ball bounces. Flies high. A piece is picked up and the game starts over.
Will it ever end? Sure it will … again, though, the love has to be true and real, and how will you know that?
That’s an answer the two players will truly have to figure out … together.
And there you have it. What do you think? Is Jacks a possible Game of Zeus?

Aimee is a romantic at heart and a southern transplant with a bit of the accent (but not a whole bunch). She’s married to her high school sweetheart, and with him, she’s produced three native North Carolinians, two of whom share the same DNA.

With an MBA and a degree in Applied Mathematics, there’s absolutely no reason she should be writing romance novels. Then again, she shouldn’t need a calculator to add two numbers, either … but she does. 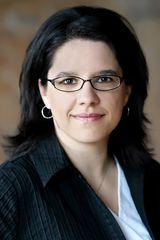 Today I have guest blogger Aimee Laine with me. Aimee has just released the second book in her Mimics of Rune series, Surrender. The first book was entitled Little White Lies. Aimee has been very busy since that first release in July 2011, starting a whole new series, The Games of Zeus and a series under her young adult pen name of Emi Gayle. With all those series in the works, I asked Aimee to give us some perspective on the challenges of writing them. Take it away, Aimee!

But if one writes one of those ‘firsts’ and then add in the second, that’s where things get interesting.

Everything from book one has to match in book two. And, as the old saying goes, ‘it’s all in the details.’

Were the bedroom walls seafoam green or blue? Was the door on the left or right? Did the main character have blonde hair or black? Blue eyes or brown? Readers see these inconsistencies – like with movies. We’ve all see the ‘errors’ reel. The one where the person is facing left at the start of a scene and right when the camera pans back to them. Oops!

Those details can make or break book two.

Book two may be a new plot or a continuation if in a series. Characters may change or the point of view may change. The key to being successful with the second story is making it just as new and fresh as book one was.

As we all know, sequels in movies tend not to be the better story. In writing books, readers expect that book two will be better than book one. So from an author’s point of view, we have to make sure we come up with new twists and turns, new conflicts, we add characters to add depth and generally start over without starting over.

But … if a writer loves his or her characters enough, if those characters can come alive, then book two will win over the hearts of readers from book one as well as new readers who might pick up the second.

These are all things I had to think about in writing Surrender, book two in the Mimics of Rune series. Luckily for me, the two main characters changed … from Charley and Wyatt in book one to Lily and Cael in book two. That change gives me an automatic newness, but all the consistencies have to be there from book one and hopefully I, along with my editors, have caught all those! Luckily for me, my characters are shapeshifters — Mimics specifically — so if I made a mistake on hair or eye color, I might have actually had a reason!

What do you think about second books? Do they make or break a series for you?

Thanks for visiting today Aimee!

Aimee’s books are available for purchase at these booksellers:

Connect with Aimee at: