In part one, I explained how turning thirty brought a shift in my life goals. I had a successful career but I wanted a family. I decided to go about acquiring one in a similar fashion to how I approached business, starting with finding a husband. Step one was advertising.

In part two, I began screening candidates finally finding one who seemed like a good match for me.  We had one date but he didn’t call. I decided to be a little gutsy and call him when I was sure he would NOT be home, my plan being to leave him a message. Good plan, except he answered the phone. Eek!

The Executive’s Guide to Husband-Hunting (part 3)

I panicked. The real deal had answered the phone. Part of me wanted to hang up. This was before caller-ID, so you could still act like a high schooler and abandon mission without being detected. But somehow I stumbled over enough words to pass on my message. I’m sure my face blazed five shades of crimson.

John had gone to his apartment for lunch, and I’d caught him in that tiny thirty-minute window of opportunity. Mercifully, he took charge of the call and invited me out on a real date.

I never dated anyone else, threw away the letters, and ended my marketing campaign. I assumed a merger was imminent.

He broke up with me a year later. After a flood of very unbusinesslike tears, I accepted that he’d just fired me from his life.

I engaged in retail therapy, but bargain-hunting failed to deliver its usual thrills. The pall of starting over and finding someone new was nothing compared to the misery of knowing it wouldn’t be John. My business plan had developed a serious crack.

When I returned home, my neighbor delivered the flower arrangement he’d signed for and held in safekeeping for me. The card said, “I’m an idiot. Please call me. John.”

We’d been exes for all of four hours, and I hadn’t purchased a damn thing.

Eleven months later, I patiently explained my two-year rule about fishing or cutting bait. A few weeks after that, he bit and asked me to marry him at our original “safe date” venue.

We celebrated the nineteenth anniversary of our “merger” this past January. John’s hair is no longer brown, and he no longer weighs 175 pounds, but he still has some smokin’ fine forearms and I wouldn’t wish for a time machine for all the money in the world.

I kept all his letters to F-5204, minus the picture, and he teases that it was his way with stick figures that caught my eye. Perhaps. That’s his story. Mine is that as a financial executive, I pride myself on my ability to make good decisions, often with minimal information. But like calculating an internal rate of return, finding a husband was merely a matter of systematically narrowing the field by weeding out those who were either “too high” or “too low.” Applying this same acumen to the task of finding love required only minor retooling, replacing my usual implements of a calculator, pen and paper with a newspaper, mailbox and telephone.

Though the arena differed, the rest of the process was the same as any other business undertaking.  I issued my request for proposal and performed my due diligence.  I selected the best candidate for the job:  the one whose life philosophy best matched my own, the one who made me laugh and cry then laugh again, the one I could see myself grow old with, the one I knew I would love for the rest of my life. 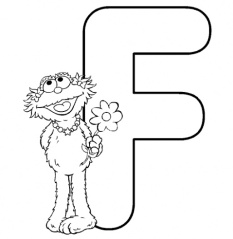 Yesterday I explained how turning thirty brought a shifting in my goals. I had a successful career but I wanted a family. I decided to go about acquiring one in a similar fashion to how I approached business, starting with finding a husband. Step one was advertising.

Continuing with part two of…

The Executive’s Guide to Husband-Hunting (part 2)

One fellow’s typed letter caught my eye, however, for its unique blend of humble honesty and personal rhetoric. In it he wrote (excerpted with spelling, punctuation, and grammar errors intact and author’s name changed):

I am sure that people who type an answer to your add seems a little bit impersonal, however I have a good reason my hand writing and spelling really SUCKS and I want you to be able to read my reply… JOHN

Phone number after 5:00 PM sorry I have no resent photo of my self However, my drawing is worse than my hand writing.”

In the lower margin he drew a stick figure labeled “me.”

I put him on the list, near the bottom, but an honorable mention at least.

Eventually, I waded through the sea of Yes’ that were really Nos and reached John. I called him, after five o’clock, as he’d instructed. We chatted for an hour because he was easy to talk with and had a good sense of humor. We arranged the “safe date”—meet for drinks in a public place, early start, early end, no strings.

In the meantime, I reread some of my rejections and found two more from John in response to earlier ads I’d placed, handwritten notes I’d rejected because his handwriting really did suck. In one he’d included a picture of himself. I remembered it and thought he had nice forearms, but that hadn’t been enough to earn him a Yes. While “nice forearms” might sound like something you say about a person when there is nothing else of merit, I really do notice that part of man’s body. He’d been photographed in Australia, sweater sleeves pushed up, a traveler, as he’d written. He really did have brown hair and really did look like he weighed 175 pounds. In his letter, he’d requested that I return his photo. At the time, I’d laughed and muttered, “As if,” then stuffed it back in the envelope with the letter, and bundled it with the other Nos.

Our date went well. Three hours later, we said our goodbyes with no future plans to meet or call. We hung in limbo, both digesting a massive meal of the other that tasted delicious but neither of us sure yet whether it was enough nutrition to survive on for any length of time, much less a lifetime.

Over the next three days, I thought about John a lot.  Our values and senses of humor tracked in cozy, parallel lines. But he never called. In another bold move, I called him . . . maybe not that bold, considering it was midday and I assumed he’d be at work. My plan was to leave a brief message on his answering machine to remind him of my existence and indirectly let him know that if he called I’d be receptive to seeing him again.

His phone rang once, twice, and I cleared my throat, prepared to leave my rehearsed message on his machine.

…to be continued tomorrow!

Thank you to all who’ve visited me so far! I’m falling way behind visiting YOUR blogs, being on vacation, but I promise to do some major catching up when I return Easter weekend.

For more A to Z blogging goodness, check out the other participants at the host site.

Ten (10) days until my debut novel, The P.U.R.E. releases! While you’re here, check out my Easter blog hop. I’m giving away a free copy of my book and/or a gift card as a prize.