My NaNo widget appeared to be on the fritz last time I looked at it, displaying ALL days in red. False!  Only one day should be red, yesterday because I edited all day vs. write new material.  Edits are almost done but regardless, today will be new material (and blog post) day.  I’m off all this week, so no excuses.

I got my two weekly blog posts done plus one to grow on scheduled for 11/18 so no worries there.

And to save you the trouble of finding my announcement post of Monday and because I can never announce this too many times, here is my cover and blurb: 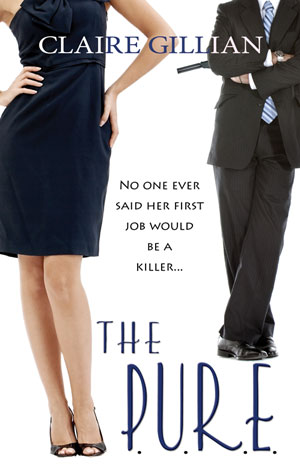 No one ever said Gayle Lindley’s first job would be a killer.

Fresh out of college, Gayle’s career path should follow the yellow brick road straight to the top. Thanks to a menial errand gone wrong, a wayward tongue, and a randy supervisor who won’t take ‘no’ for an answer, Gayle’s stuck in corporate hell.

Discovering a company secret only turns up the heat.

The one part of her life not going down in flames is her friendship with the gorgeous but intensely private, Jon Cripps. Jon would make the perfect consolation prize for Gayle’s pity party if dating a co-worker wasn’t career suicide. Then again, with all Gayle has been through, maybe falling in love is the lucky break she needs.

Hitting the cool sheets with Jon soothes her mind and body, but it also enrages whoever’s behind the smokescreen she’s uncovered at work. Someone is willing to kill to protect their secrets, and Gayle and Jon are the targets.

With both her heart and livelihood at stake, Gayle’s early career-limiting moves could turn into life-terminating ones.

I feel I should explain a little more about Amazon’s policy after my last post.  Their written policy is to list only the anthology’s editor in the author position, but this policy is not always followed in practice (it wasn’t for either of my anthologies).  My first time being left off, I emailed and they added me but only to the paperback edition and not the Kindle edition.  A fellow writer in the same anthology, who had also been left off, also emailed.  They first told her ‘no, editors only’, but then later added her to the Kindle edition, only.  My second anthology, again seeing myself left off, I emailed and that time they said “ten max, sorry, more is too overwhelming to buyers.” My name is clearly on the pictured cover at least, it’s just less visible to the search engines, which is pretty darned important, IMHO.  So, my advice to any first-timers would be to be a squeaky wheel with Amazon’s author program, and do whatever else you can such as tagging the work with your pen name, getting Amazon to list you in the author section, setting up your author page, etc.

I’ve not had any issues with Goodreads adding me, whatsoever.  With Shelfari, I simply added myself.  No experience with B&N but suffice to say, I’m not listed as an author for my first anthology.  I don’t know if my second one is listed there yet.  Apparently, B&N offers the work a few weeks after it’s been released by Evernight.  Don’t know why.

My goals and current stats for this round are on my ROW80-4 page.

The Linky site lists other participants’ progress reports.  Give them some encouragement too.

Write up a back cover blurb for a book you have written or would like to write. It should be short, sweet, yet give a sense of people and events without totally spoiling the ending.

I was preceded in the chain by MysteryRiter and Jarrah Dale will follow me.  A list of all the participants wraps up the post.  Give ’em all a read if you can!

My blurb is for a YA speculative fiction novel I want to write. I’ve written seven flash fictions (links on my flash fiction tab) featuring the both the “subby”, Garman, and the “cloudy”, Ruey, including one where the two protagonists meet, and have the general idea in my head, but that’s about it.  Oh, and I have the cover in mind…well, one possibility (see above) when I considered making it steampunk, which I still may.

Before I share, however, please remember that this is practice for me because blurbs and queries are the BANE of my writer’s existence.  Oy!

The surface of the Earth is uninhabitable, or so everyone has been saying for the past two millenia.  Sixteen year old Garman is among the fifty brave pilgrims annually allowed to leave the oppressive rulership of their subterranean world and take their chances above.  No matter what the surface holds, Garman would rather die free, than live enslaved.

Hovering nearly a mile above the dead landscape of Terra, an aerial city circumnavigates the Earth once per year.  During Ruey’s sixteenth orbit, she discovers her city is slowly falling, and those who know the truth have been disappearing. Ruey is certain her not-so-utopian society is hiding more than just the secret of their death spiral.

With the surface looming closer for those rising up and those falling down, two troubled, insular societies will clash at the horizon, and discover that fact is legend and legend is fact.